We currently employ four community health workers (CHWs) who deliver health education presentations to the entire population of Dawoodia Camp. They do this by visiting households and inviting individuals to attend presentations at our in-camp health centre. All four of our CHWs are female residents of the camp who have been hired and trained by STEP-IN. They are also led by two of our local nurses. Our Community Health Worker programme is vital to our commitment to long-term, sustainable aid and engaging the local community in their own health management. By focussing on education over medication, hiring local employees over expats, and choosing topics tailored to the needs of the camp population, we are addressing multiple factors that affect people’s health.

A lot of the predominant health issues we encounter through our work with refugees, IDPs, and the host Kurdish population, are rooted in lifestyle choices. Epidemiological, ecological, and interventional studies have repeatedly shown that most chronic illnesses, including cardiovascular diseases, hypertension, and diabetes, are largely the result of lifestyles fuelled by poor nutrition and physical inactivity. Both of these are predominant habits in the populations we work with. Chronic diseases are the leading cause of morbidity and mortality worldwide despite more than 80% of chronic conditions being preventable. Lifestyle medicine and prevention-based healthcare are being employed globally in an attempt to reduce the strain on healthcare systems caused by morbidity laden chronic diseases. They additionally aim to target an over-reliance on medications that is proven to be less effective than general lifestyle improvements.

In an aim to tackle the social and cultural factors contributing to disease amongst our patients, we trained and employed four local community health workers and two programme-leading nurses. These community health workers previously visited individual households within IDP camps to give presentations on topics imperative for good health and well-being but are now inviting a larger population to attend presentations at our clinic. The formal, professional setting is appealing to our patients and so far we have experienced high levels of attendance and increased engagement from our attendees. The main aim of this programme is to provide basic health education and address any misconceptions prevalent in the community.

Hypertension and diabetes are two of STEP-IN’s most prevalent diagnoses. As residents of the camp experience high levels of unemployment (due to the declining welfare of the country, loss of the agriculture sector through conflict, lack of education, rural camp locations, and lack of transport) levels of inactivity continue to rise. Many days are spent at home and diets tend to be high in oil and sweets. Additionally, there is a lack of understanding regarding personal diagnoses. For example, when our CHWs first started visiting households, they found that there were dangerous misunderstandings regarding diabetes and insulin. Frequently, diabetes was falsely recognised as a ‘type of cancer’ and insulin was perceived as ‘bad for you’ – with this stereotype sometimes being reinforced by local ‘health workers’. Health education proves to be a vital step in improving the population’s health. And the training of local CHWs and use of simple, imagery-based instruction allows the advice to be accessible to all. 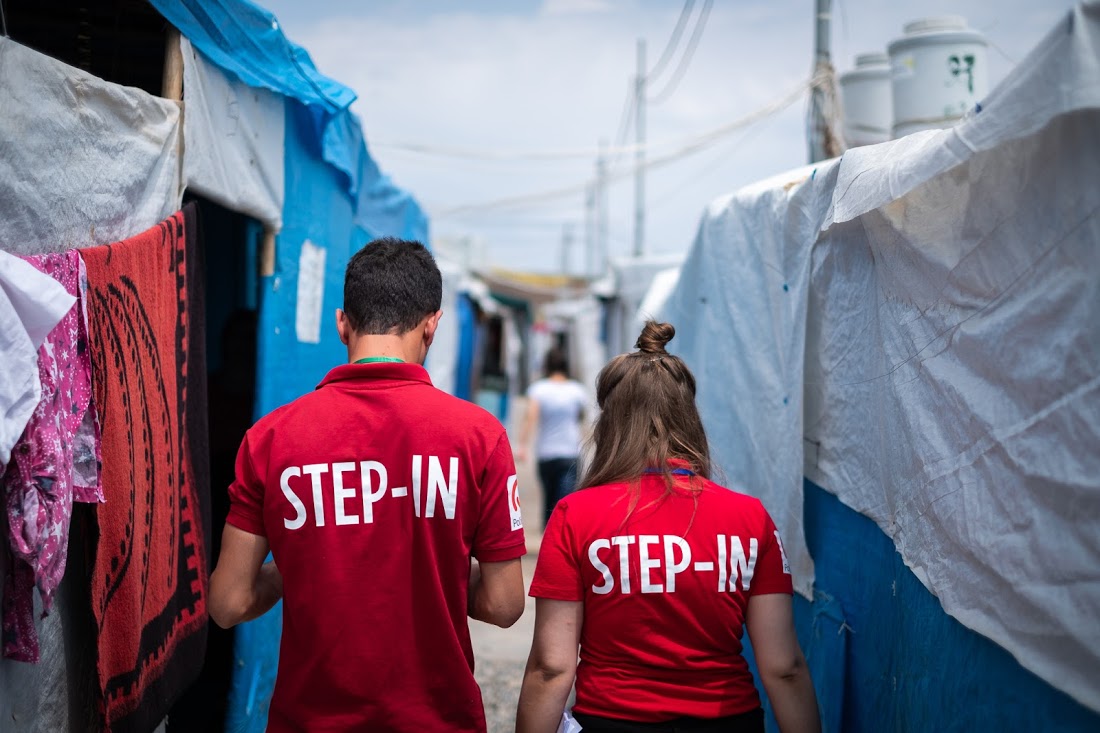 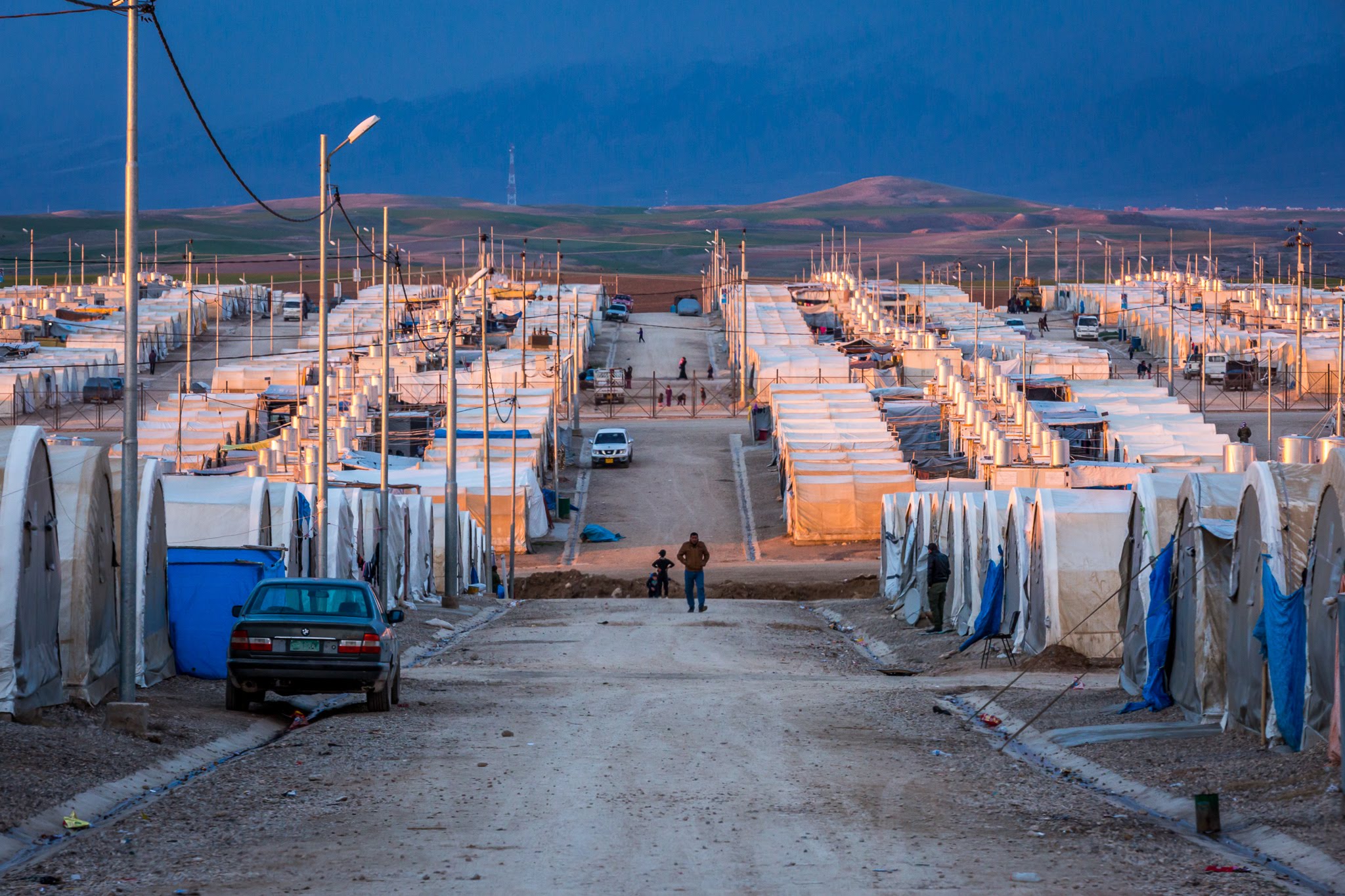 CHWs simultaneously educated people on these conditions and their effective management whilst also testing the blood pressure and blood sugar levels of all presentation attendees.

As previously stated, diets tend to be high in oil and sweets. Frying is a common cooking practice. Roasting and boiling were suggested as healthier alternatives.

Addressing the importance of brushing and providing toothpaste to households.

Information was provided on how to effectively manage chronic conditions and take medication correctly. First month: 61 out of 280 patients were screened as being ‘non-compliant’ (were not following the advice of the doctor and pharmacist in regard to medication use). The following month only a few ‘non-compliant’ remained.

Health benefits and the importance for both mother and child. There is a prevalent misconception that formula is better. Our CHWs educated new mothers on the health and economic benefits of breastfeeding.

Here we monitored sleep duration and engagement in physical activity. Common indicators of depression. We recommended methods of sleep hygiene and non-pharmaceutical methods of sleep improvement.

During the mental health month our CHWs visited women aged between 18 and 30 (the most common group presenting with mental ill-health) with a simple depression screening. We followed this with referrals to our psychiatrist in necessary cases.

280 patients given ‘chronic cards’, a governmental programme developed so that those receiving government-funded chronic medications can pick up their prescription from any health centre or hospital. (There continues to be many problems with this programme including ongoing discrepancies in medication need vs availability, distribution prejudices against patients from differing areas etc.)

“We need to improve basic health education. Unless people understand why they’re undergoing treatment, they will not proceed with their medication and therapies properly. Lack of medical compliance is one of the main causes of returning patients. If we help them to understand they may be more compliant with their treatment and more aware of their health.
Inshallah!”
– Dr Daniela Durisova, Head of CHW programme.